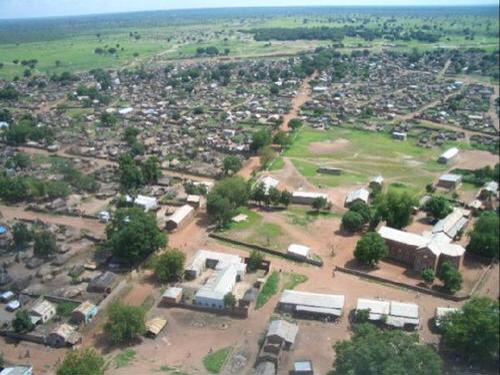 The casket carrying the remains of the late Sultan Pio Tem Kuac Ngor has arrived Aweil town where it will be laid to rest at his ancestral home of Duluit Kuach Ngor area in the Abiem West section of Aweil East County yesterday.

“We will dearly miss this great man and politician. Sutan Pio Tem Kuac Ngor has done a lot to the people of South Sudan and in particular the people of Aweil and his legacy will still remain with us”, Governor Tong Akeen Ngor told the media at the reception.

Tong added that the state government stands with the bereaved family extending his thoughts and sympathy in this difficult time of mourning and remembrance of a great life well lived.

Akeen extended his heartfelt condolences to the people of Duluit Kuach Ngor areas and entire community of Aweil as well as South Sudan in general.

Kuac Pio Tem Kuac, the son of the late Sultan Pio Tem told Talk of Juba that the family is celebrating the life of their father describing him as a great leader in the history of South Sudan.

ABOUT US
Talk of Juba is a progressive, youth-oriented news organization based in Juba, South Sudan.