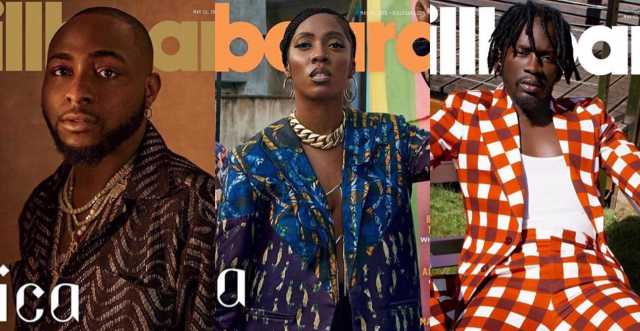 The Nigerian stars are part of Billboard’s first-ever issue devoted to the African continent.

The new Billboard story, titled ‘This Isn’t a Fad’: Three of Africa’s Biggest Stars on Making the Industry Come to Them, states that the “next musical revolution is brewing in Africa.”

The story, written by Gail Mitchell, features interviews Tiwa Savage, Davido, and Mr Eazi, which were all done in a video conference call.

The article sees the Nigerian stars addressing topics like life under quarantine (Davido mentions his fiancée recovering from the virus), the dollar amounts they’re now making as artists, the differences between major label & independent routes, “afrobeats” as a category, and the factors that have played a part in the music industry’s investment in Africa.

“People just need to get on the train. This isn’t a fad. With 1.2 billion people, we’re not going anywhere anytime soon. We’re here to stay,” Tiwa Savage mentions in the piece. To which Davido adds, “the feeling you get from Afrobeats and African music is just different…People have always loved African music, but we didn’t have the avenues to go worldwide.”

“There’s [also] a general wind of appreciation for what being African is all about…Back then, even in the villages you’d hear people singing Céline Dion. But now people are playing 99% Nigerian music because that’s what’s hip,” says Mr Eazi.

The cover story features photography by Lakin Ogunbanwo and Seye Isikalu, and styling by Daniel Obasi and Quinton Faulkner.