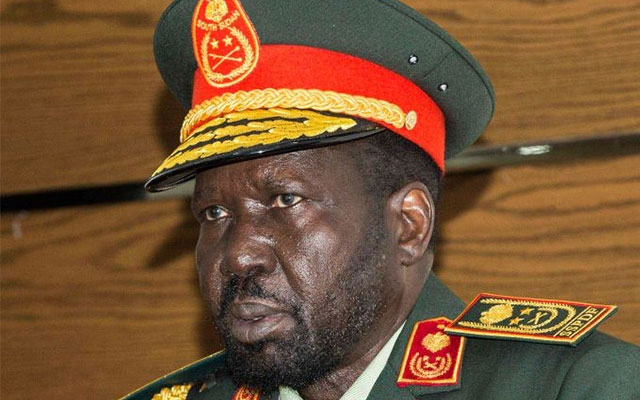 For 15 years, the man has been treating criminal leaders with kid gloves – making them continue to do bad things with impunity. Some of the small-brained ministers and other senior government officials, who just tested positive for coronavirus, had initially reportedly declined to be screened after they came into contact with some patients. Refusing to respect the WHO directives and measures that Kiir reinforced recently actually amounts to attempted mass murder. First, one infects his family and people he works and associates with. And those victims will in turn infect others. And that’s how coronavirus is now spreading like a wildfire in Juba. That could be attributed to ignorance, arrogance, stupidity, egotism, and selfishness among the leaders.

Desperate times call for desperate measures. If not handled with utmost care and sapience, coronavirus could kill most South Sudan’s leaders, including Kiir himself – majority of whom allegedly have old-age related diseases. Any leader who refuses to be tested or quarantined should be gunned down for the sake of all South Sudanese. Period. Coronavirus comes with so many ramifications. Leaders should look beyond. Its effects could be more and worse than its direct deaths.

If Kiir doesn’t pay attention and treat the virus with wisdom, it could turn the country upside down. If it kills more leaders, people will panic. Everyone will go into self-preservation mode. With the serious economic effects, there will be food scarcity. Ethiopians and Eritreans will not sell water in Juba. Anarchy ensues.

The already half-dead government institutions collapse. Charles Darwin’s Natural Selection comes in. We all know the gun people have been using their arms to get what they want. They rob civilians of their valuables, on highways and urban areas across the country. The ever-hungry and angry NSS and SSPDF soldiers and police even run away with cooking pots of janjara (beans) in Juba.

Only the strong will survive. The gunless coronavirus survivors or immune ones will starve to death. In addition, the biggest carriers of the virus now are truck drivers. As the number increases daily, the region, particularly neighboring countries like Uganda and Kenya whose food South Sudan depends on are likely to ban cross border truck movements.

That means no more food will enter South Sudan. Whatever food supplies there are will be depleted within days, weeks or months. Or worse, markets will be looted. And the next phase is apocalypse-like situation. Man eats man.

Therefore, President Kiir should stop massaging the diseased leaders. He should castrate them in an attempt to instill civility in the public before it’s too late. Control is important. If he can’t control people now, he will not when lawlessness gets to another level.

© 2021 Talk of Juba Media Ltd. All Rights Reserved.
We use cookies to ensure that we give you the best experience on our website. If you continue to use this site we will assume that you are happy with it.OkPrivacy policy