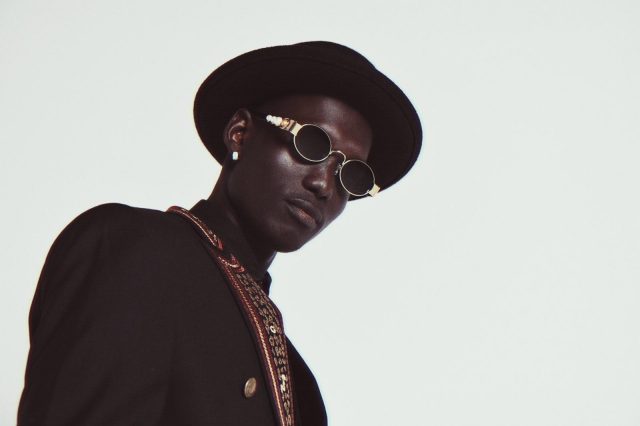 It appears that things are now moving in the right direction for Slate Nation since he moved to Australia. The singer is preparing for a major comeback after he took a short break to first get settled in his new home. He spoke to Talk of Juba this weekend as he’s gearing up for the release of his highly anticipated fourth studio album ‘Mel’.

Slate who has for years developed as a strong stage performer said he’s readying for a busy 2020 as he’s putting finishing touches to the album for release early next year.

‘Mel’ is a culmination of his work over the past one year and will contain about 12 songs. This comes after the singer temporarily paused making new music in 2018 following his resettlement to Australia.

The 12-track album comes with genres ranging from ‘Kubulo’, hip-hop and Afrobeats. He has some famous acts slotted to appear on the album. The features include, Skales from Nigeria, Chameleone and Pallaso from Uganda, Emmanuel Jal, MC Ghetto and more.

The album comes with new songs and previous fan favourites. Most of the old featured tracks are award-winning songs. ‘Mel’ is a mix-album addressing issues from politics to poverty, race and everyday life activities. According to singer the album is also a story of the things he has gone through, the experiences, struggles and triumphs. The album recorded in Australia has a variety of different sounds. It is a 2020 gift to his loyal fans who have been requesting for a new music, he said. They have been hungry for so long and they will be getting their long-awaited desire.

He assures his fans that he has come up with quality work and they should look forward to see his unexploited side and maturity in music. The release will be the musician’s first work entirely produced in Australia.

The musician’s fourth studio album, which has been long in the making, is expected to be released on various online platforms in April 2020. It will be available on iTunes, Spotify, Amazon and other music stores across the world.

“I started a group called TEC HEROZ back in 2010 at Don Bosco School in Tonj. It was me as the lead singer followed by Carlos, Kay Law, Xtra Bill and Dark Black. We used to go to the church and sing in front of the church audience without beat or mic then Carlos and Kay Low would rap,” he said in an exclusive interview with Talk of Juba.

“2 years later the Catholic priest Fr. John Peter saw the potential in us and built a recording studio in Tonj where we recorded our first truck called ‘Come Back Home’ that became a massive hit locally,” he added.

In late 2010 the singer moved to Uganda to pursue studies and it didn’t take long before some of his band mates joined him and they continued their musical journey together.

“I went to Uganda to study and did music as part time thing, it wasn’t so serious since things were a bit hard at the time. That is when I met Rover D and Dr. Kiss. Carlos and Kay Law came to Kampala too for studies then we reunited again and added two other guys in the group,” he said.

They soon started getting recognition and gained popularity among South Sudanese communities in Kampala. The group broke up soon after following a misunderstanding and he joined yet another Kampala based music collective, Buffalo Kingdom.

Under Buffalo Kingdom, he released his debut album ‘Lek Ke Yen’ but it didn’t do well.

“The group became one of the best groups in Kampala at the time those of MT7 were big stars. Later on we had some misunderstanding and I left the group and joined Buffalo Kingdom where I did a couple of hits,” he told Talk of Juba.

He would leave Buffalo Kingdom crew for Silver X’s Hollyland Music in 2015 and was later signed to Dynamq’s Ruka Nation music label, in a search for greener pastures.

“I left the group because I didn’t see much growth. I joined Hollyland Music to strengthen my music in Juba, since I was already famous locally in Uganda,” he said.

Slate’s claim to fame was the rival song ‘Juba Juice,’ a remix to Cynthia Morgan’s hit ‘German Juice’. The song was included in his second album ‘Nyanbim’ which in 2016.

The lead song ‘Nyanbim’ which doubles as the album’s title became an instant hit and the singer’s most successful song to date.

His last album was ‘Yiith’. It was recorded in Africa but released in Australia. The album has one of his biggest hits like ‘Piandu’. Slate Nation is responsible for many other hit songs like ‘Girlz Dem Hotta’ which he featured Ugandan artist Captain Dolla and ‘Binia Giefa’ featuring another Ugandan singer Pallaso.

Speaking on his music style, he said he’s applauded for being an artist who dares to be different. Although most of his past songs are Afro-dancehall and Afrobeats, the singer describes his music style as ‘Kubulo’, a traditional South Sudanese music style. The style of music is more popular among the people of Bor and Yirol. He says he want to modernise and popularise ‘Kubulo’ music style just like Nigerians have done with their Afro-beat music genre. He says he got inspired to do ‘Kubulo’ by Hot Dog’s hit song “Tuk De Ming”.

“My music genre is dancehall/afrobeats but I have now decided to stick with my roots as a Kubulo/Afrobeats artist. Hot Dog’s song paved the way for my transition to Kubulo music. That was the inspiration behind Nyanbim. Sudanese and other nationals have started to like this style more,” he said.

RELATED:  Revealed: Adut Akech was the One Who Approached Runtown

“This genre can take us to international level and my goal is to modernise it just like Nigeria Afrobeats. It’s a very unique style and if it gets recognition it can surely go international,” he added.

The musician said the ‘Kubulo’ style can be sung in Dinka language but he is also planning to do some songs in English for his Australian and English speaking fan base.

On a sad note, the musician is still coming to terms with the death of his brother which happened in 2018. His brother Magontong, an aspiring footballer died in a road accident while travelling to Tonj in December 2018.

“His passing has weakened me ever since, we were so attached. I have song in the album for him.” He told Talk of Juba.

He has recently finished setting up his state of art home studio and named it after his late brother. The album also has a song dedicated to his deceased brother.

“I have just finished setting up my home studio and I named it after my brother. It will be called Magontong Records. Just a dedication to my brother.” He said.

Turning to his ambitions for 2020, Slate Nation said he’s looking to play many more shows and showcase his upcoming album across Australia, US and Africa. He also hope to source out a few collaborations and work with different established producers to produce good quality music.

The singer last week held his first major music concert of 2019 and it was billed as his biggest show ever in Australia. He said he has signed an agreement with a concerts Management Company in Australia called Sounds of Africa. The deal will see him tour major Australian cities starting February 2020.

The young singer hope to see himself going greater heights with this new project and inspire a young generation of South Sudanese musicians.

He is currently working as a solo artist after leaving Dynamq’s Ruka Nation following his relocation to Australia. Slate Nation is arguably one of the most successful South Sudanese singers.