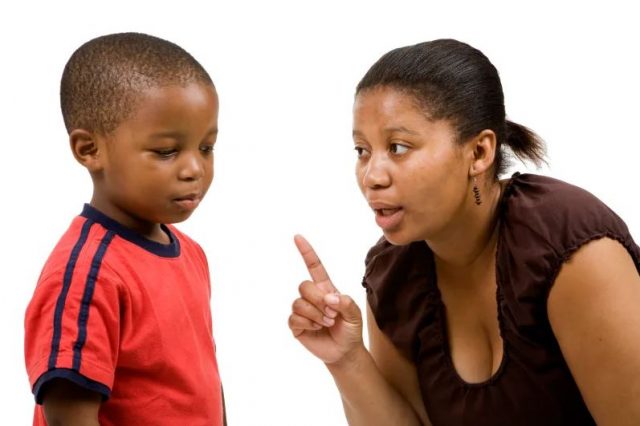 You’re standing in the checkout line at the store when your son grabs a “Frozen 2” stuffed animal. “Mommy, can I get this Olaf doll? I really, really want it!”

When you tell him no, he yells “I hate you!” loud enough for everyone to hear before launching into one of his regular fits: kicking, screaming, crying. People are glaring at you, and you know what’s going through their minds: “Wow, what a spoiled brat.”

If this scene sounds familiar, you’re not alone. The spoiled child problem appears to be getting worse, too. In fact, 59% of parents think their kids are more spoiled than they were at the same age, according to a 2011 survey from Parenting and Today Moms.

We asked parenting experts to reveal the signs that you might be raising a spoiled kid. Below, they also share advice that will help you undo some of those behaviors.

What Makes a Child ‘Spoiled,’ Anyway?

A spoiled child is used to getting what they want when they want it with few exceptions.

“Every kid has an off-day —and so do adults — but spoiled kids are stuck in ‘me’ mode,” said Michele Borba, educational psychologist and author of “UnSelfie: Why Empathetic Kids Succeed in Our All-About-Me World.” “Everything revolves around their needs, concerns, feelings, wants, desires, and everyone else takes second place.”

Clinical psychologist Laura Markham takes issue with the term “spoiled” because she believes it suggests the child is somehow “ruined.” Nor does she like using the word “brat” to describe a kid. When you think about it, the harsh descriptors may be a tad unfair given that the parents (not the kids) are the ones largely responsible for the spoiled behavior.

“Children do what we train them to do, what we lead them to expect,” Markham, founder of the site Aha! Parenting, said. “If we have parented permissively and have never set limits, the child will not be used to accommodating appropriate limits.”

When parents spoil their children, their intentions are often good, albeit misguided. They indulge their kids because they want to provide them with the best life possible, giving them everything Mom and/or Dad didn’t have growing up. Some parents may worry that giving their kid a firm “no” will hurt the child’s feelings or damage their confidence. Other times, parents are just too exhausted to enforce the rules — or set any in the first place.

Signs Your Kid Could Be Spoiled

Not sure if your kiddo fits the bill? Below are seven expert-backed signs they might be overindulged and under-disciplined.

1. When you tell them “no,” they throw a tantrum until they get their way.

All kids may express some disappointment when you tell them they can’t, for example, have pizza for dinner two nights in a row. But spoiled children have a particularly hard time taking no for an answer.

Tantrums might be developmentally appropriate for toddlers or very young kids who can’t adequately express themselves, explained marriage and family therapist LeNaya Smith Crawford . But if these meltdowns are happening all the time and don’t subside as the kid gets older, that could be an indication they’re spoiled.

“How does your kid typically respond to the word ‘no’?” Borba said. “Spoiled kids can’t handle the word. They expect to get what they want and usually do.”

2. They’re never satisfied with what they have.

Spoiled children may have all the toys and clothes in the world, but it’s never enough: They want more, more, more.

“Because they have a lot, they tend to be unappreciative and a bit greedy,” Borba said.

Instead of expressing their gratitude for what they have, they’re more focused on getting the next thing.

“They may start to say ‘thank you’ less and ‘I want’ more,” Smith Crawford said.

3. They think the world revolves around them.

Spoiled kids tend to be self-centered. They aren’t all that concerned with inconveniencing other people.

“Spoiled kids think more of themselves than of others,” Borba said. “They feel entitled and expect special favors.”

Bratty children aren’t particularly patient: When they want something, they want it now.

“It’s usually easier to give in than to postpone the child’s request,” Borba said.

No kid enjoys losing — be it a board game or a tennis match — but spoiled ones may have a tougher time managing disappointment when they don’t win.

RELATED:  How to Spot and Avoid Scholarship Scams

“If your child is always blaming others for poor performance, expecting to be singled out for praise for everything they do, yells at others who aren’t doing things their way and fails to give recognition when their teammates or competitors are successful, you may have a spoiled child on your hands,” therapist Virginia Williamson told Best Life.

“Remember, there is no gene for spoiled. It’s a learned behavior that can be unlearned — and the quicker, the better.”- MICHELE BORBA, EDUCATIONAL PSYCHOLOGIST

6. They don’t give up until they get what they want.

Spoiled kids may employ manipulative tactics to get the “yes” they’re after, whether that means lying or pitting their parents against one another.

“For example, going to one parent and saying the other parent said they could have the item they desire,” Smith Crawford said.

7. They refuse to complete even simple tasks until you beg or bribe them.

It’s normal for kids to need some prompting to brush their teeth or clean up their toys, for example. But once a parent asks them to do something, they should listen. If your child frequently refuses to do very basic things until you plead or incentivize them with money, treats or toys, you could be setting a bad precedent.

“If you rely on bribes to motivate your child, then the next time you ask your 8-year-old to clear the dishes off the dinner table, for example, don’t be surprised if s/he asks, ‘How much are you going to pay me?’” clinical psychologist Suzanne Gelb wrote in a HuffPost blog.

Advice On How to ‘Un-spoil’ A Child

The good news is that spoiled kids are made, not born. So un-spoiling is doable. But don’t hold off on implementing these changes: The older the child, the more difficult it will be.

“Remember, there is no gene for spoiled,” Borba said. “It’s a learned behavior that can be unlearned — and the quicker, the better.”

It won’t be an easy transition for you or your kid — so be prepared for that.

Commit to modifying your indulgent ways, knowing that it’s going to be uncomfortable to stand your ground. You should anticipate resistance from your child.

“Allow them to cry and be upset,” Markham said. “Empathize, while at the same time holding your limit and the expectation that your child will be able to handle your limit.”

RELATED:  How to Transfer Zain Airtime to another Number in South Sudan

Get used to saying “no” without guilt.

Once you set your boundaries, you have to stick to them consistently.

“Add ‘no’ to your vocabulary and don’t feel guilty about using it with your kids,” Borba said. “Don’t let your child’s spoiled ways win. Don’t give into every issue.”

When setting limits, do so with empathy and understanding, Markham said. You don’t need to be a tyrant for these methods to be effective.

“Remember that children accept limits more gracefully if they feel warmly connected to the parent,” she said.

Emphasize that giving is better than receiving.

“And start boosting the concept that who you are is more important than what you own,” Borba said.

Practice gratitude as a family.

At the dinner table or before bedtime, Smith Crawford recommends spending a few minutes giving thanks for the non-material things in your lives.

“As a family, go around in a circle and name intangible things you are grateful for and one experience that day you were grateful for,” she said. “This is a great way to begin to teach gratitude and honoring the good in each day.”

Teach them to be considerate of others.

When everything in your child’s life is “me, me, me,” shift the focus to “we.”

“Look for those everyday moments to do so,” Borba said. “Like, ‘Let’s ask Alice what she would like to do;’ ‘How do you think Daddy feels?’ ‘Ask your friend what he would like to play’ or ‘Let’s go volunteer at the soup kitchen.’”

Remember that kids respond best to encouragement, not punishment.

Help them appreciate the little things in life.

Show them that there’s plenty of joy in the simple pleasures, like being in nature or spending quality time with family and friends.

“Finding daily time to play and connect with your children is one of the greatest things a parent can do to curb most behaviors,” Smith Crawford said.

© 2021 Talk of Juba Media Ltd. All Rights Reserved.
We use cookies to ensure that we give you the best experience on our website. If you continue to use this site we will assume that you are happy with it.OkPrivacy policy